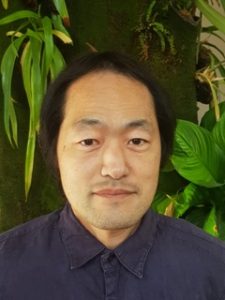 The 2021 Anselme Payen Award winner is Dr Yoshiharu Nishiyama, senior scientist at the Centre de Recherche sur les Mactromolécules Végétales (CERMAV) of French National Center for Scientific Research (CNRS) and Université Grenoble Alpes. He received his PhD in 2000 from the University of Tokyo, Japan, under supervision of professor T. Okano and S. Kuga, and under supervision of Dr. H. Chanzy during his 15 months stay at CERMAV. After graduation, he served the University of Tokyo at the department of biomaterial sciences as assistant professor until 2004. He then moved to France and joined CERMAV, as junior scientist and promoted to senior scientist in 2018. Dr Nishiyama will be presented with the award during 2022 ACS Spring National Meeting in San Diego, CA following a symposium in his honour.

Dr. Nishiyama is a physical chemist, looking at many aspects of cellulosics, mainly in the solid state. His main lines of research can be defined as the following:

His seminal thesis work on the crystal structure of the cellulose allomorphs stands as a major progress for the understanding of the ultrastructural details of the cellulose crystals. The atomic coordinates in cellulose crystals deduced from his work are universally used today by all those active in the field. So far, he has supervised more than a dozen of PhD students and several Post Docs and visiting scientists. He has authored and co-authored more than 100 scientific publications and been named as a co-inventor in 4 patents. Dr Nishiyama is an editorial board of “Cellulose” and “Scientific Reports”. He is also member of scientific and technical advisory panel of the Forestry beamline at the MAX-IV, the Swedish synchrotron in Lund.