We have an amazing pool of candidates for the 2023 CELL Division Graduate Student Award this year and the selection was tough. Our panel of judges have narrowed down two candidates for the Graduate Student Award this year. The first place goes to Thomas Parton from the University of Cambridge and the first runner up goes to Zheyuan Ding from Tianjin University. 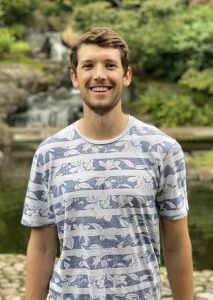 Thomas studies the chiral self-assembly of cellulose nanocrystals for photonic films. The aim of his PhD is to answer fundamentally how does the chirality of the CNC mesophase arise and how does kinetic arrest of CNC suspensions influence the visual appearance of photonic films. In his award-winning publication “Chiral self-assembly of cellulose nanocrystals is driven by crystallite bundles” (Nature Comm. 2022, 13, 2657), he showed that the sub-population of cellulose nanocrystals (CNCs) act as chiral dopants, analogous to those used for molecular liquid crystals, while the other CNCs are functionally achiral. More generally, it suggests a new paradigm for chiral self-assembly of colloidal particles, in which a small quantity of chiral dopant particles can be used to drive the self-organization of a larger particle ensemble. 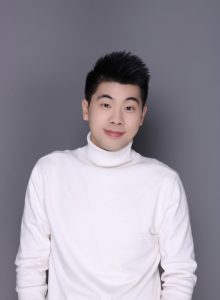 We will see their award winning talks in ACS Spring 2023 meeting in Indianapolis, in the New Horizons in Renewable Materials: Young Investigators Symposium.

Congratulations to both of them!